Rover vs Wag - The Unending Battle for Dog Walkers Finally Peaced Out!

Boost Your App Downloads by 43% with a Sponsorship Plan. Learn More
Back

Rover vs Wag - The Unending Battle for Dog Walkers Finally Peaced Out!

Rover vs Wag - Every Dog Walker’s Common Concern in the ‘Job of Their Dreams’!
1. Rover Dog Sitter App
2. Wag! App - Pet Walking App
Earning From Rover vs Wag: Battling It Out!
Commission Per Earning!
Time Since Inception of Wag and Rover
Competitive Job Gigs!
Work Schedule
Who Lets You Set Your Service Rates - Wag or Rover?
Rebooking & New Clients - Earning Opportunity Lost!
Preferences in Profile Setup
Payment Cycle
Rover or Wag: Which Is Better? - We Say the Sooner, the Better!
Tips ($$$)
FAQs - Wag vs Rover! 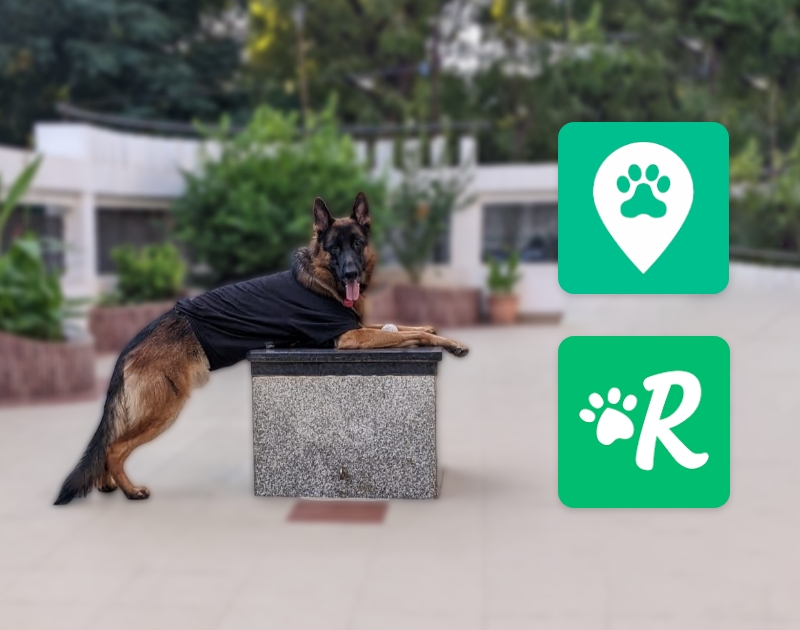 Rover vs Wag - “Which is the best app for dog walkers?” A constant brain scratcher question for ALL dog walkers!

Flashing spotlight on a couple of astonishing statistics about the dog walking app business before we start comparing Wag vs Rover. Let’s go!!!

Did You Know!? - Roundabout 44% of millennials adopt pets and treat them as their starter children! But, the same millennials are in that phase of life where they cannot stop their hustle of earning money! Considering this, hiring dog walkers and sitters has become more necessary than a trend.

The dog walking business is capturing a fair share in the market today. Rover and Wag! Apps have gained prominence in multiple regions with their top-notch services.

It is as easy to find a professional for dog sitting in this digital age as it is to find a taxi for commuting.

The ‘fur baby economy’ is expanding for real. Be it their food, medicines, ointments, spas, or even command training. Some years ago, only specialized stores sold pet items, but most grocery marts provide a range of pet care products today. This is how familiar everyone has become with pet needs. Another essential pet need is someone taking them out for their private business and a walk or a run.

Rover vs Wag - Every Dog Walker’s Common Concern in the ‘Job of Their Dreams’!

The central reason a person becomes a dog walker is that they hold a soft corner for K9s (dogs)! And, looking at the financial aspect — if you get paid to do this, then there is nothing better than that. The only issue funnels out is the money. Being paid is not an issue, but being paid enough is an issue.

An important question that we will address in this blog is, are dog walkers paid enough for their responsibility and the risks they bear in their daily jobs?

“Sometimes it’s the smallest decisions that can change your life forever.” — Keri Russell

Russell has rightly stated that the choices we humans make direct our destiny. Similarly, individuals have decided to serve as dog walkers and sitters. But, they get tangled with the question - “Which is a better app to make money?”

This blog will take you through a ride of differences between both dog walking apps. But first, here are our two cents on both the applications

Rover App has a more predictable and straightforward UI as a pet walking app. The app offers a few of the many services like dog walking, boarding, drop-in visits, doggy daycare, etc.

It has been providing services for a very long time. The New York Times, USA Today, and a few other publications have mentioned their name.

Wag! App - the name of the app itself conveys that it is made for canines who wag their tails to express emotions.

The Wag! app has a cute logo of the GPS sign with a paw inside. It uses a spring green-white combination color theme. The UI is a little difficult to understand. Comparatively, Wag! It is a newer app as compared to Rover.

Here are some things you should know about both the apps, and then the choice is entirely at your disposal.

Earning From Rover vs Wag: Battling It Out!

Charging a fee is justified because the walkers build their customer base and daily income with the help of this platform. Without the same, they might not even have gotten an opportunity to dog sit that pooch.

As a platform fee, Rover charges around 25% of the amount earned by the dog walker. Whereas, Wag! takes away approximately 40% of the accumulated amount from the walker.

Time Since Inception of Wag and Rover

Rover app was launched in 2011. It serves the neighborhoods of the US, Canada, the UK, and European regions today. On the other side, Wag! App started providing dog care services in 2015 in 50 states of the US.

Also, the Rover app has more downloads as compared to the Wag! This implies that:

Rover has over 150k registered sitters. On the other hand, Wag! has lesser competition as it is relatively newer. Due to fewer dog sitters than the Rover, competition is decreased, and it becomes easy for the pet sitter to build a client base in Wag.

Rover is probably a better option if you want to become a full-time dog-sitter. This is because Rover appreciates those walkers who want to work on a more regular schedule than the rest. Moreover, if your schedule is a little unpredictable - say you do this only as your side gig or your passion, then Wag might work better for you.

Winner - It’s a DRAW since this depends on the personal preference of a dog sitter.

Who Lets You Set Your Service Rates - Wag or Rover?

With Rover, the chances of earning are way higher than while working with Wag! This is because when registered with Rover, dog walkers can price their services. Charges can either be very high or very minimal. This freedom of service pricing can aid the sitters in building their revenue strategy. This flexibility of setting up the prices is not present in the Wag! App.

Puppies or grown-up dogs are no different than human babies. Like a baby gets comfortable with a few people they see every day. Similarly, dogs get familiar with particular people. Since canines are trained to obey commands, they might not listen to every handler. Also, they are living beings; hence, their comfort level also means a lot. Rover allows its users to rebook the same dog-sitter and walker for another service, keeping this animal trait in mind.

On the contrary, Wag! offers new sitters to owners every single time. They don’t exactly allow a user to rebook the same sitter on the app.

This helps dog sitters get recurring earnings from the same client while providing quality services to their dogs.

You will relate to setting your profile up on Tinder, Hinge, or Bumble.

Well, Rover asks the dog walker to set his preferences up in terms of his or her expertise, ability to handle small or big size dogs, aggressive or calm nature breeds, preferred service areas, etc. On the other hand, Wag! does not allow the dog walker to fill in details to these technicalities.

We pick a particular job because we know it interests us and will enjoy doing it. As a matter of fact, the dog walker will provide quality services because he or she will be serving the dog of their own choice.

Talking from Rover’s end, they clear the payments after two days of the service. In contrast, Wag! transfers the payments in the Stripe connected bank account in about a week. If you are a dog walker looking for fast money, Rover should be your choice.

Rover or Wag: Which Is Better? - We Say the Sooner, the Better!

You will agree with this point. Considering that canines are close to the heart of their masters, dog walkers themselves should be trained and qualified to look after the furry ones. Also, to gain a dog owner’s faith in the services, the profile has to be legit and convincing.

When dog sitters fill in the deets and apply as a dog walker or caretaker on the app, there is a proper screening procedure.

Rover approves the application within 5-10 business days. This means a dog sitter can start earning sooner than the dog sitter who registers on Wag as Wag takes about 14 business days to approve a dog walker profile. 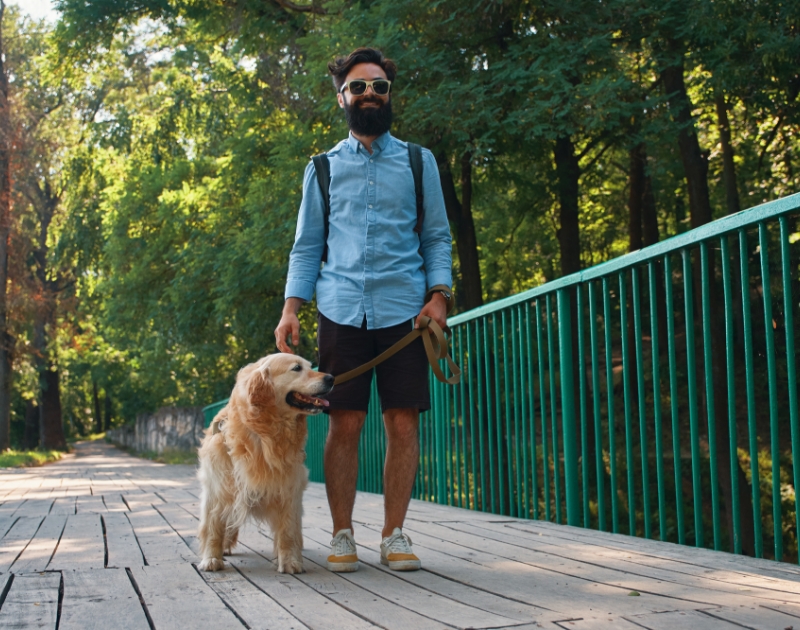 How much do wag walkers make?

Dog walkers earn quite a good amount of money per walk. And, if registered on an application like Rover or Wag or PetBacker, they do even better financially.

How much can you make on Rover?

Dog walkers working with the Rover app have the liberty of charging a price of their own for the services they provide. Scope of earning is really promising on Rover. Also, 80% of the amount is retained by the walker after all the deductions.

How much does Wag pay?

Wag has pre-decided service charges and it takes away 40% of the amount earned by the walker;  rest counts as the walker’s earning per walk.

To answer is Rover or Wag better, there are two things to consider in Rover vs Wag. Firstly, Rover lets you decide your charges per service and takes 20% of your earnings. Secondly, Wag! Has pre-decided service charges, and it keeps 40% of the amount, the rest goes to the dog walker.

Are Rover and Wag owned by the same company?

Rover and Wag! might be providing similar dog walking, boarding, and pet care services. But, both are separate service provider companies. In fact, they are rival companies.

Is it safe to work as a dog walker?

Safety is always a self-precautious thing at any job. If you are an experienced pet-sitter, it would be a piece of cake for you to handle four-legged furballs and high-temper giants.

Does Rover or Wag hire 16 year olds for dog walking or other services?

No, Rover, Wag, PetBacker, and all other dog walking companies have set the eligibility to 18 years of age for applicants.

How to get my first walk on Rover as a dog walker?

Getting the first walk on Rover (or even Wag!) depends on how optimized and convincing your profile is. Also, if your charges seem feasible to the dog owners, you will have dog walk or care requests pouring in.

Walking Towards the End of Wag vs Rover!

Not making enough money? Try a side hustle in life? If you choose pet sitting, you might ask, "Which Dog-Walking App Should I Choose Rover vs Wag?"

Well, leaving aside a couple of exceptions, both applications offer similar services. With Rover, you take home 80% of your earnings, and with Wag, you take home 60% of your profits. Where there is more competition on Rover as it is widespread, you can easily make your name as a Wag! dog-sitter.

Apart from Wag and Rover, you can sign up on other innumerable best dog walking apps which are always looking for passionate dog walkers like you!!!

Being a part of the gig economy, you never get employment benefits or insurance. But, there is one thing to it — passion knows no bounds. And, if you have the zeal in you to work with pets, registering on one of the apps would be your best bet!